Interesting comparison of employee benefits between Twitter (TWTR) and Tesla (TSLA) based on Form 5500 filings.
11/5/2022

Tesla has been around longer than Twitter, filing its first Form 5500 18 years ago while Twiter first filed 15 years ago. Tesla employed five times as many people as Twitter, before the layoffs that are in progress now.

But total pension plan contributions are only twice as large at Tesla. (2022 numbers below are estimates.)

That’s because until this year TSLA did not match - employer contributions to employee pension plans had been zero since the company started. 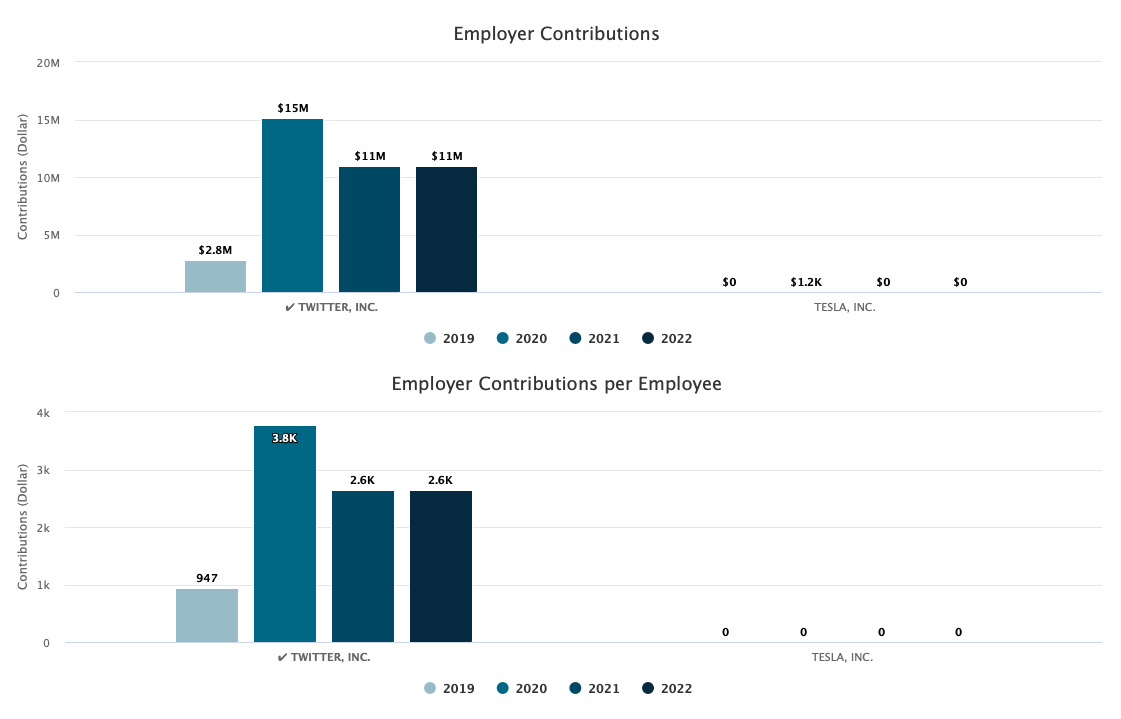 So despite having 10 times as many people and being an older company by three years, Net Pension Assets at Tesla are not even double those of Twitter.

Tesla did start matching 50% of each employees' contributions to the Tesla Inc. 401(k) Plan up to a maximum of 6% of the employee's eligible compensation, capped at $3,000.¹